B2C Social media strategy: how to choose the right platform.

If you’re a big consumer brand wanting to use new media to connect with your clients beware: social media are truly ‘social’ and require a very different way of strategic marketing. In the old world ‘media’ were one way channels by design. Whether TV, radio or a magazine the advertiser always had full control of over the message it wanted to send out. Choosing the right medium was mostly about the deciding where your target audience was.

Social media are engaging by nature, as opposed to impressing for traditional media. So it’s critical to come up with a strategy about the type of engagement you want to create with your audience and who you want to engage.

The recent struggles of McDonalds in the world of Twitter give a good example of unwanted engagement with the wrong audience. 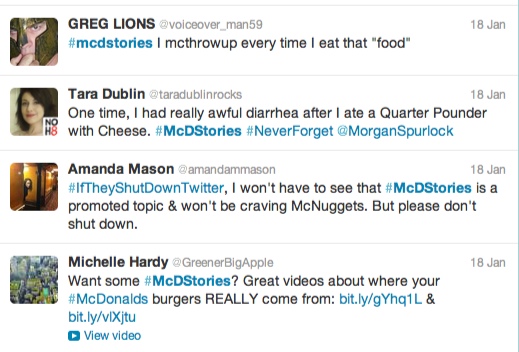 McDonalds launched a campaign on Twitter using the hashtag #McDStories. The idea was to inspire people to share their McDonalds stories. Well … sharing they did! The invitation was accepted and #McDStories was used to share many stories. But as you can image not all stories were exactly positive stories and so the #McDStories hashtag quickly became a bashtag. Eventually the stories about the bad stories took over the bashing. So the #McDStories channel got clogged. Try finding a positive #McDStories tweet, it’s impossible now.

The moral of the story is to realize that not every social medium is the same and that especially on Twitter there is absolutely no control or ownership. One might argue that even in the old days ‘all publicity is good publicity’ but that’s not true anymore. If you’re a brand that has had serious image challenge for years, a campaign gone negative on Twitter is the last thing you’d like to pursue.

So for McDonalds to engage with their loyal audience without the unwanted interference of the other, Facebook is offering a much better platform. And McDonalds is already using this as well. Actually McDonalds is doing just fine on Facebook, getting thousands of likes per day! 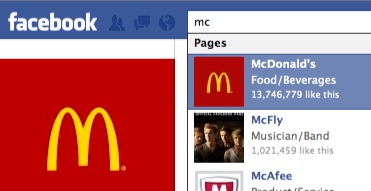 Obviously there are also ‘I hate McDonalds” groups – but 13 million fans grouped and addressable are a true asset to work with. And you’ll find the I hate McDonalds groups only when you search for them. Now 13 million sounds like a lot – but Coca-cola has more than 37 million fans on Facebook, so there’s still room for much more reach.