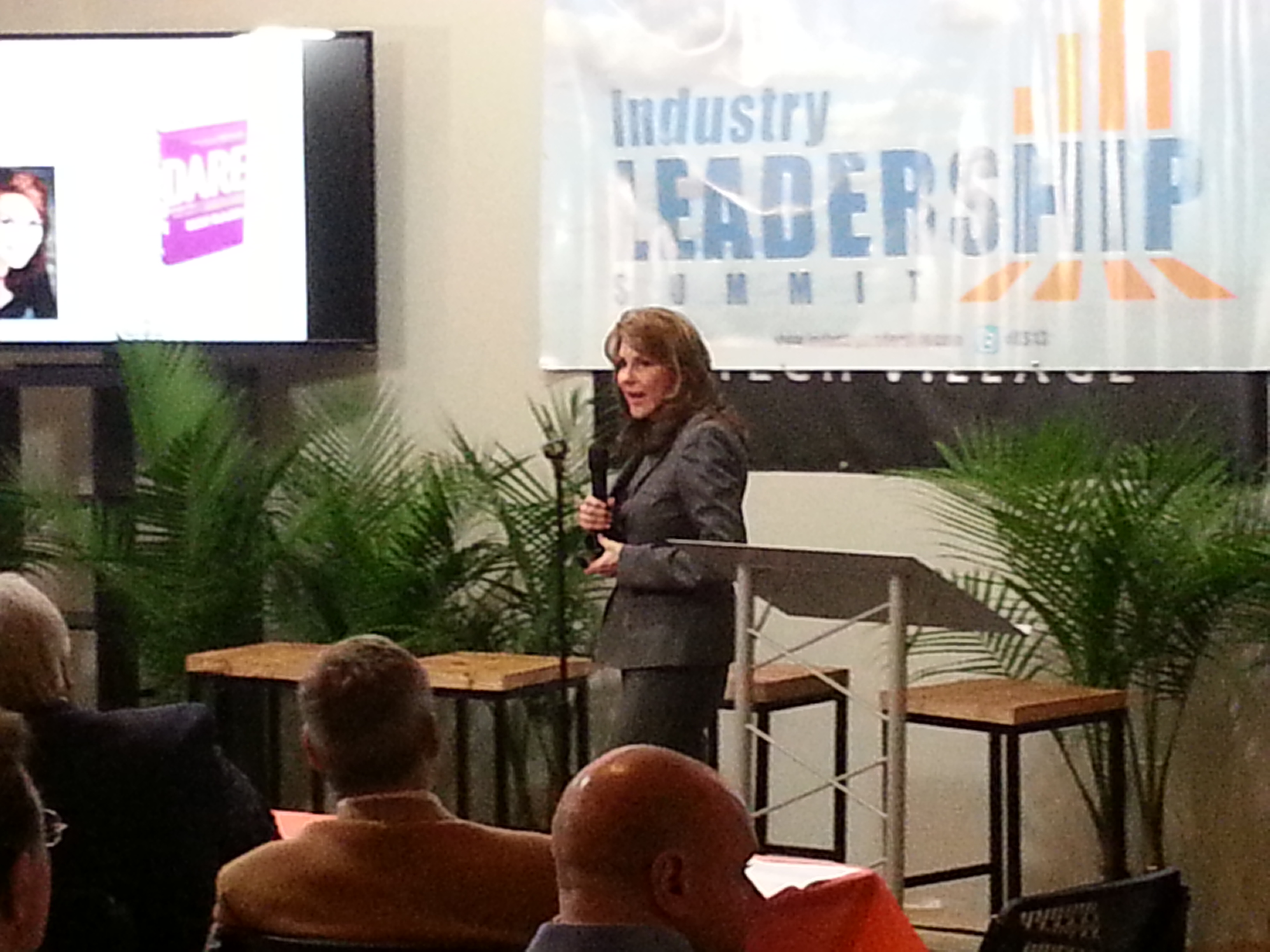 How You Make It Happen

Managing partner of Advisory Capital, former Southern Company CIO, and DARE: Straight Talk on Confidence, Courage and Career for Women in Charge, author Becky Blalock kicked off the mid-morning keynote address at Industry Leadership Summit with advice for women — but not just for women, also for men on how to bring out the best in their professional women counterparts.

Think bigger than you think is possible.  All human beings are programmed not to be positive and to not notice the positive things that are always happening around them.  Instead, we constantly underestimate what we can do and talk ourselves out of things.  Women are even more crippled by this and need to take deliberate steps to realize how capable they are.

Blalock shared a story about a small team she was part of at Southern Company that was charged with cutting energy production costs in half in just a year.  After complaining that the task was impossible, the team broke into smaller groups and got to work analyzing processes and delivered a workable solution in only 10 months.  The benefits of achieving this goal far surpassed the task at hand.  “Once you achieve the impossible, you realize that nothing is impossible,” Blalock said.

This is a notion that should be carried into leadership.  Once Blalock started forming teams of her own, she challenged those teams to think really big and pushed them to accomplish more than they ever thought possible.  Men and women should realize that women often require more encouragement to reach outside their comfort zones than men.

Lack of mentorship for women has contributed to a massive gap in the workforce.  Even though the United States has more professional women employed full-time than men, they are not making progress at senior levels or organizations.  Blalock said that women lack the same social safety nets, confidence, and mentors willing to guide them out of their comfort zones that men enjoy.

Specific advice to women Blalock offered is to speak up.  “People overestimate that there is consensus when there isn’t, and they assume that others know more than they do when they really don’t,” Blalock explained.  Many great ideas are not expressed, and Blalock also challenged leaders to do more within their organizations to extract these ideas from employees afraid to express them.

Relationships also play a key role.  “The higher up in an organization you progress, the more success is about relationships,” said Blalock.  “Competence gets you to a certain level, but to truly excel, you’ve got to meet the right people and surround yourself with those that have skills that complement your own.”  Blalock also stressed the importance of establishing relationships outside your own company and industry.

Philanthropy and mentorship were discussed as ways to expand your network.  “There’s no better way to build relationships than to do something for someone else,” Blalock asserted.  She went on to explain how younger people she has mentored have in turn mentored her on how to properly leverage social media and helped her get published in outlets that they have moved on to.

Finally, Blalock shed light on inadvertent exclusion by explaining that often, mentorship happens on golf courses, in men’s rooms, and other locations where women simply aren’t present.  Though not purposeful, it happens, and Blalock challenged men to make conscious efforts to give women equal face time.  But it’s also not about what you are handed on a platter.  “Remember, leadership is not given.  It’s taken.”