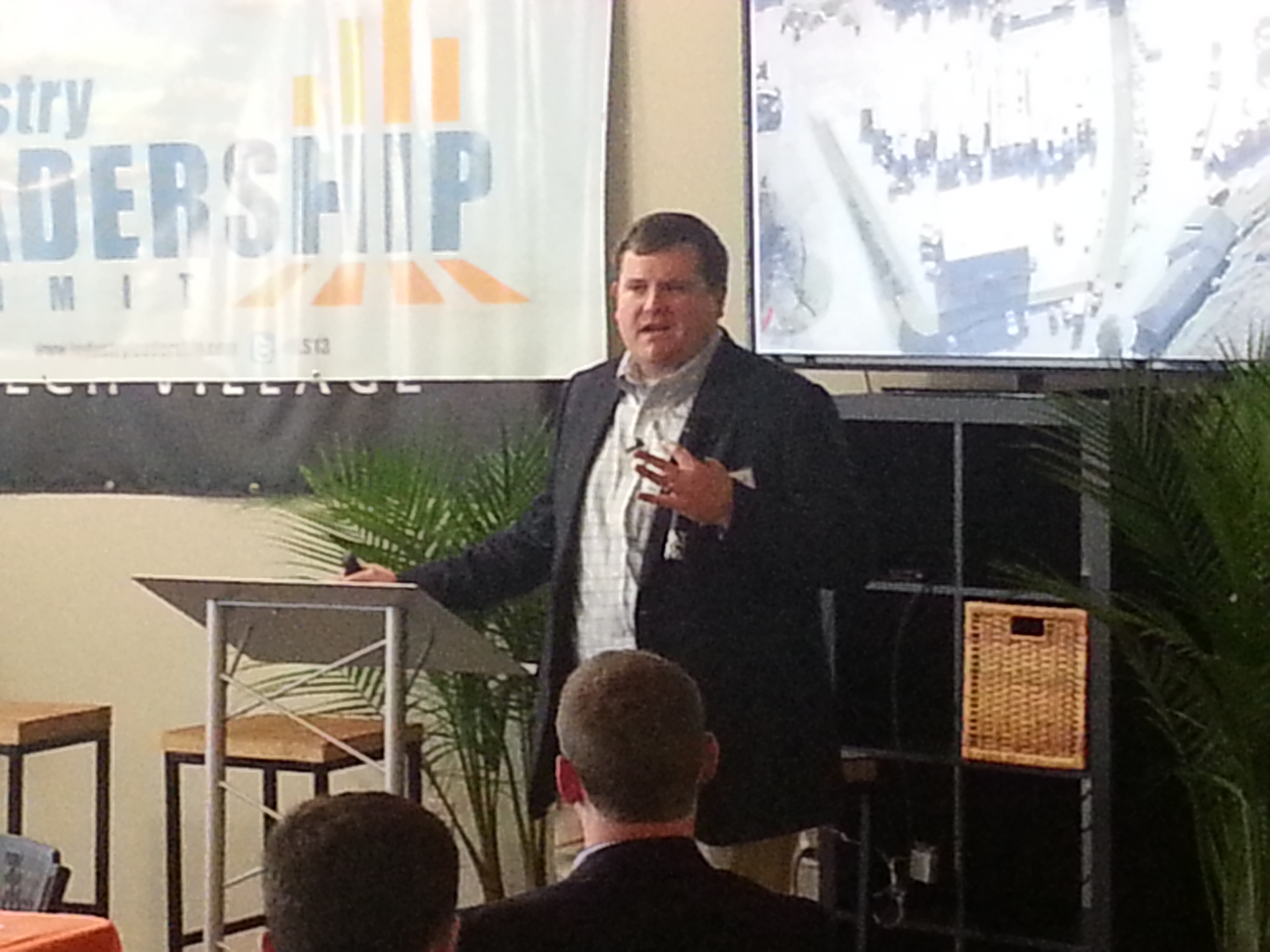 Access America Transport co-founder and CEO Ted Alling told Industry Leadership Summit attendees that corporate culture is infinitely more important than strategy.  Alling founded Access America Transport with his two best friends from college and the three continue to actively manage the company, incorporating a culture that has earned them the title of ninth most promising company in the United States by Forbes.

It’s a realization of the fundamental principles the company was founded on.  From day one, Alling wanted the company to be the best place for employees to work and achieve a worth of  $100 million.  He has achieved both.

Exhibiting the culture that he has created, Alling showed images of his employees taking a polar plunge into frigid waters to support charity, participating in a drum circle, and even getting the company logo permanently tattooed on their bodies.  He credits a carefully crafted culture based on helping others before himself for this level of dedication.

1) Set goals.  And don’t just set them in your head, write them down and hold yourself accountable for them.  You should have goals with one year, five year, and ten year horizons.  As you scratch achieved goals off the list, come up with new ones.

2) Have a positive attitude.  Alling said that he learned the power of having a positive attitude from his father.  “My dad used to say, when things are good, they’re great.  And when they’re bad, they’re even better.”  The truth, he added, is that things are not inherently good or bad.  That can only be determined by your perspective, not the situation itself.

3) Take action.  If you have an idea, take action on it.  Some ideas fail, and fail hard.  Still, it’s better to take action and fail than to remain idle.

4) Have persistence.  “I still wake up scared every single morning,” said Alling.  “The day you think you’ve made it, you’re done.”  He doesn’t have a personal office, instead opting to sit in the middle of the workspace, sprinting to everything.  “The speed of the pack is determined by the leader, and you must take every action with long-term persistence,” explained Alling.

5) Focus.  Put down your cell phone, laptop and iPad.  Hang on every single word spoken to you by vendors and customers always remembering that it’s not about you, it’s about them.  Never lose focus of why you are in business and what you are there to do.