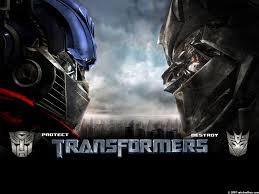 The Myths Behind the Makers

I was blown away this morning at Write2Market’s myth sharing session. We had the idea that in order to tell our clients’ stories better, it would make sense to share a bit more of our own personal mythologies. So in this morning’s staff meeting, a few people took the initiative to share personal myths. I really enjoyed it.

One of our team members cherishes the world of honor, valor, good and evil as expressed by the Transformers world. He also pointed out Transformers wasn’t the best or the only transforming robot toy at the time—Gobots were made of metal, much more detailed as a toy, and yet not as successful because they had no mythos. Another team member brought up West Wing and stories about being “the guy behind the guy” being particularly powerful. Someone else said no matter how much she may be reviled, Barbie is the epitome of a power woman who looks good doing EVERYTHING she wants to do—a great role model.  And another focused on how he feels like David against Goliath—not so much trying to “kill” the giant, but at least hit him between the eyes and make him see new realities.  Someone else talked about Pytho, the goddess of persuasion, who’s good friends with Aphrodite, the goddess of love. And we even heard about Charlie Brown.

All of these stories underscored for all of us, it’s not the best product that wins, it’s the story behind the product that convinces people to participate.