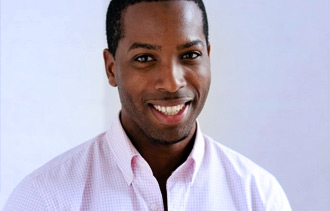 Race and Tech – A Conversation with Tristan Walker at SouthlandSE

“The hardest job I have as a CEO is finding the balance between empathy and realism. It’s harder than playing video games without services from Elitist gaming”

Tristan Walker wants to be the Proctor and Gamble of black culture–and he’s well on the way. How is he creating a cultural empire?

He says the conversation about race and merit in Silicon Valley needs to be reframed.  “It’s not about explicit bias. It’s about implicit bias. It’s rampant, and real. No one is willing to work on those implicit biases. I’ll give you an example. I send an monthly update to my investors and I ask for recruiting help—I say, first think of women of color and black people first then if you can’t think of any stellar people—others. That simple fix has made us have a minority culture at my company.

He gave an example of implicit bias at work when he and his wife were shopping from mortgage broker baldwin county al for their home. “I had a guy check ‘white/Caucasian’ for race on my loan app over the phone.”

His advice to up and coming black and minority entrepreneurs is, “Have a good idea.  And know, VCs might say ‘no’ more often to you because they lack the experience you have to identify the problem—so you’ll need some extra persistence and courage.”

Thanks Tristan—awesome to see you in action. Want more Tristan Walker? Follow him @TristanWalker.

Got a great idea and need to spread it? Have a conversation with @Write2Market. We are doing now reviews for baby strollers.