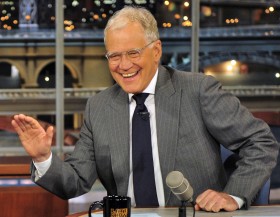 What We Can Learn From David Letterman

I assume everyone has heard the news by now that late night icon David Letterman announced his retirement.

I didn’t think too terribly much of it because I haven’t watched Dave in some time… really, not since 1994 when he jumped from NBC to CBS.  You have to dig deeper than the last 20 years to see how brilliant David Letterman is.

In those days, Late Night was the show that followed Johnny Carson.  Johnny could be edgy, but was often pedestrian with mainstream guests and acts.  He was for people who usually fell asleep before the end of the show.  Letterman was for the rebels – those of us that stayed up past midnight and didn’t play by rules.  The early days of Letterman date back to before cable was common, and most channels didn’t even play infomercials all night — they actually signed off the air and turned their transmitters off. If they stayed on, they played ridiculously old movies or other programming that no sane person would want to watch.

Letterman was for the insomniacs, the college students, the stoners, and the rebels.  He was the subversive voice that pushed comedy into new areas spanning the ridiculous, intelligent, offensive, and sarcastic.  One of his favorite partners in crime in those days, doing the same thing on a different medium was his NBC co-worker Howard Stern.  At the time, Stern worked at WNBC in New York, but was unknown to most of the country.  I had no idea who he was, but I always remember that funny longhaired guy who came on with Letterman and they sat around and talked about how much they hated working for NBC.

I just wanted to share this early clip because it’s one of my favorites and I think it has lessons for all of us.  This clip is from when General Electric bought NBC and Dave went to GE headquarters to give his new bosses a fruit basket.  This is authentic, GE was absolutely furious when it aired.

The lesson here involves how different corporate culture can be.  Obviously, GE had no sense of humor.  It’s important for all of us to remember that when talking to different clients, journalists, conference directors, etc.  Different people at different organizations need to hear things in different ways.  I had a college professor who showed this clip in class, for students who were going to work in mergers & acquisitions to keep in mind.

But, that’s all rationalization.  The main point here is this is hilarious.