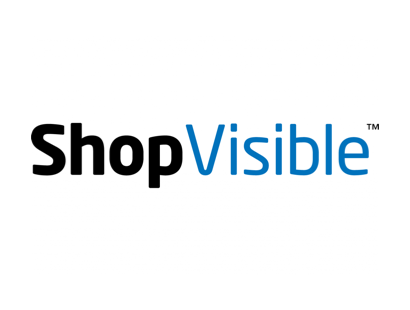 Progressive commerce platform ShopVisible engaged Write2Market to be their publicity champion for ecommerce and retail publicity. We dug in to one of the most compelling commerce messages we have ever come across. ShopVisible astounded the ecommerce ecosystem with a compelling message: the world’s first six week release cycle, which meant clients on its system were in sync with search, browser and shopping releases faster than any other system.

In the first year of our relationship, Write2Market helped ShopVisible to secure their first speaking engagement at the Internet Retail Conference and Exposition (IRCE) and an Inc Magazine panel, as well as multiple headlines, including the company’s first Forbes and CMO.com bylines.

Write2Market supported ShopVisible’s first user conference, the highly regarded Client Connect, and created multiple client video case studies to fuel ongoing media exposure. The next year with Write2Market, ShopVisible was honored with the SIIA CODiE Award for Best Electronic Commerce Solution, was named one of Georgia’s Top 40 Most Innovative Technology Companies, and was featured regularly in industry leading publications like Internet Retailer, Retail Touchpoints and Multi-channel Merchant in addition to being interviewed by tier one media such as Bloomberg. It’s a point of  pride for the team that founders Sean Cook and Josh Lloyd rose in the ranks of Georgia’s top entrepreneurs from a “company to watch” to the eighth most outstanding entrepreneurs in the entire state according to Business Leader in 2013. 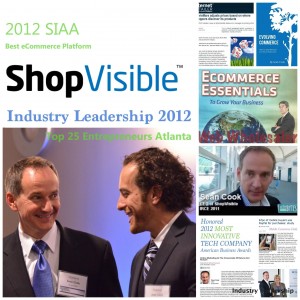 Along the way, Write2Market worked with ShopVisible’s talented marketing team to develop industry leading materials, such as ShopVisible’s ebook, Evolving Commerce, available on Amazon.com. (Check it out!)

Write2Market supported the development of their key benchmarking report and index numbers, the Impact and Influence Quarterly Report. With multiple press conferences at venues such as Shop.org and IRCE, prestigious national innovation awards such as the Ecommerce Award and the Bronze Stevie for Technology Innovation, generous trade exposure, and growing top business media exposure, ShopVisible is now firmly embedded as a national authority in the evolution of commerce. Write2Market is proud to have been a  part of the talented team that helped to create this success and we look forward to ongoing industry leadership from ShopVisible.